I read a lot of stuff on Facebook about Paul being a false apostle, “the 13th Apostle”, who taught differently to what Yahshua did. This comes especially from people who are Torah observant. Paul wasn’t perfect, but I personally don’t think he was a false apostle. If Paul was false, then he deceived Peter, who refers to him as a “dear brother” too:

2 Peter 3:15–16 (NIV): 15 Bear in mind that our Lord’s patience means salvation, just as our dear brother Paul also wrote you with the wisdom that God gave him. 16 He writes the same way in all his letters, speaking in them of these matters. His letters contain some things that are hard to understand, which ignorant and unstable people distort, as they do the other Scriptures, to their own destruction.

This whole argument is set alight by the fact that some people misinterpret what Paul writes about the law to mean that we are not to obey the commandments. Simply put, I believe Paul uses the phrase “under law” to refer to those who try to practice the law without it being written in their hearts. The Letter Writer, written by Tim Hegg is a good analysis of this. 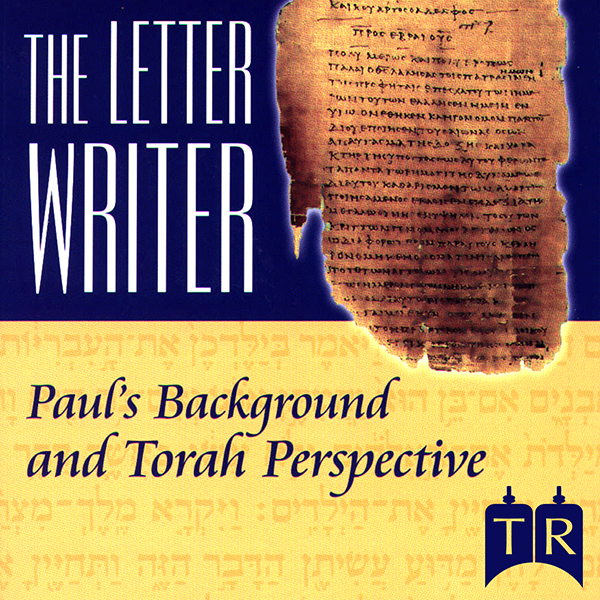 We aren’t under subjugation to the law in the same sense as a child in a school being taught by someone, about things they often don’t know about, (Gal 3:24-26), because we are to know the law inwardly by nature.

34 and they shall teach no more every man his neighbor, and every man his brother, saying, Know Yahweh; for they shall all know me, from the least of them to the greatest of them, says Yahweh: for I will forgive their iniquity, and their sin will I remember no more. (Jer 32:34)

The New Covenant says the the law will be written in our hearts:

33 But this is the covenant that I will make with the house of Israel after those days, says Yahweh: I will put my law in their inward parts, and in their heart will I write it; and I will be their Elohim, and they shall be my people: (Jer 31:33)

Romans 2:14–16 (CJB): 14 For whenever Gentiles, who have no Torah, do naturally what the Torah requires, then these, even though they don’t have Torah, for themselves are Torah! 15 For their lives show that the conduct the Torah dictates is written in their hearts. Their consciences also bear witness to this, for their conflicting thoughts sometimes accuse them and sometimes defend them 16 on a day when God passes judgment on people’s inmost secrets. (According to the Good News as I proclaim it, he does this through the Messiah Yeshua.)

The key to understanding what Paul is saying about the law is Romans 8.  We obey the law by Yah’s spirit in us, it is His work in us that enables us to understand and do – that’s not an excuse to be lawless.

16 For Yahweh so loved the world, that he gave his only begotten Son, that whoever believes on him should not perish, but have eternal life. (John 3:16)
12 Truly, truly, I say to you, He that believes on me, the works that I do shall he do also; and greater works than these shall he do; because I go to the Father. (John 14:12)
17 Think not that I came to destroy the law or the prophets: I came not to destroy, but to fulfil. 18 For truly I say to you, Till heaven and earth pass away, one yothe or one tittle shall in no wise pass away from the law, till all things be accomplished. 19 Whoever therefore shall break one of these least commandments, and shall teach men so, shall be called least in the kingdom of heaven: but whoever shall do and teach them, he shall be called great in the kingdom of heaven. 20 For I say to you, that except your righteousness shall exceed the righteousness of the scribes and Pharisees, you shall in no wise enter into the kingdom of heaven. (Matt 5:17-20)
12 Here is the patience of the saints; They that keep the commandments of Yahweh, and the faith of Yahshua. (Revelation 14:12)
I am the true vine, and my Father is the husbandman. 2 Every branch in me that bears not fruit, he takes away: and every branch that bears fruit, he cleanses it, that it may bear more fruit. 3 Already you are clean because of the word which I have spoken to you. 4 Abide in me, and I in you. As the branch cannot bear fruit of itself, except it remain in the vine; so neither can you, except you remain in me. 5 I am the vine, you are the branches: He that remains in me, and I in him, the same bears much fruit: for apart from me you can do nothing. 6 If a man remain not in me, he is cast forth as a branch, and is withered; and they gather them, and cast them into the fire, and they are burned. 7 If you remain in me, and my words remain in you, ask whatever you will, and it shall be done to you. (John 15:1-8)
22 Who is the liar but he that denies that Yahshua is the Messiah? This is the anti-messiah — he that denies the Father and the Son. 23 Whoever denies the Son, the same has not the Father: he that confesses the Son has the Father also. 24 As for you, let that remain in you which you heard from the beginning. If that which you heard from the beginning remain in you, you also shall remain in the Son, and in the Father. 25 And this is the promise which he promised us the life eternal. 26 These things have I written to you concerning them that would lead you astray. 27 And as for you, the anointing which you received of him remains in you, and you need not that anyone should teach you; but as his anointing teaches you concerning all things, and is true, and is no lie, and even as it taught you, you remain in him. (1 John 2:22-27)

Don’t let the common misinterpretation of Paul’s narrative put forth by “the church” sway you from understanding what he is saying. You will find Peter’s words are 100% correct, because those people who misinterpret Paul also misinterpret the other scriptures, they don’t misinterpret Paul only. This happens because of the spirit in people, we can read the same text and come to many different beliefs from it, but the spirit of Yah is not divided, Yah is one.

Copernicus and the Jews

This is a book that will challenge your perceptions about the various religious systems centred around pertaining to what is commonly known as Christianity. Should Rome, England, Russia or any where else be the focus of a faith that is inherently Jewish? 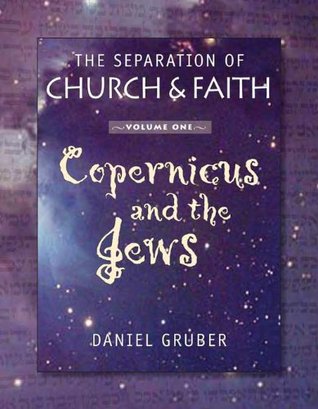 An interesting book that corrects some of the misunderstanding in the Christian “world view” regarding The Messiah: 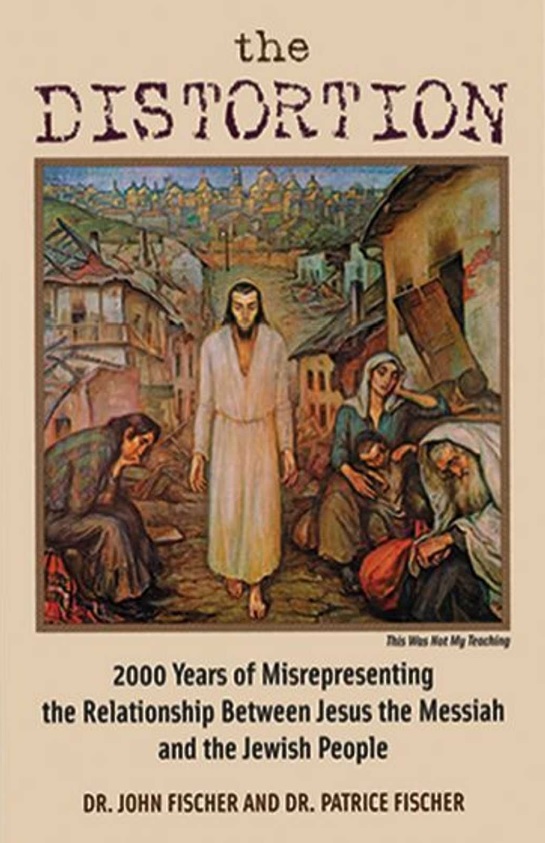 Think carefully about the doctrine of Christianity, as opposed to “The Way”. If Messiah “abolished the law on the cross”, as many people claim, then the new covenant could never have been established and Messiah’s own words were unfulfilled (Matt 5:17-20). How can people put their hope in a saviour whose words have apparently failed? How will that affect our trust if what The Messiah has said cannot fully be trusted?

The new covenant is Yah’s laws written in our hearts – Jer 31/Heb 8 makes this clear. Don’t think Yah found fault with his law, no, scripture says he found fault with the people. Furthermore, it wouldn’t be possible to write what had already been abolished in our hearts. Christians, logically, really must believe that the new covenant will never be established. Maybe I’m over-thinking it, but the way I see it, the doctrines of Christianity are entirely confused. The Apostle Peter (Kefa) said this:

2 Peter 3:15–16 (CJB): And think of our Lord’s patience as deliverance, just as our dear brother Sha’ul (Paul) also wrote you, following the wisdom God gave him. Indeed, he speaks about these things in all his letters. They contain some things that are hard to understand, things which the uninstructed and unstable distort, to their own destruction, as they do the other Scriptures.

END_OF_DOCUMENT_TOKEN_TO_BE_REPLACED

This video is about biblical time and it will challenge your perspective about calendars, years, holy festivals, how a day is formed, and perhaps even the origin of the creation universe.

I started working on this video because I became concerned that we may not be following the right calendar in terms of observing the feasts of Yah. For example Pesach (Passover) 2020 was on 8th Apr and in 2021 was on 27th Mar. Therefore, we have effectively observed a year with just had a year with 353 days! Consider the scriptures about “times” like our year, and they seem to revolve around a period of 360 days. If Pesach is on the 14th day of the first month of the year (Leviticus 23:5/6) then we should not be able to have two Pesach celebrations within 360 days. I’m learning too, please share your thoughts with me.

The Sun and The Moon were not created until day four of creation (Genesis 1:14-19). Therefore, biblically speaking, times (similar to our concept of a year), begin on weekday four, our “Wednesday”. Here begins the cycle of counting holy days.

Q: Which Wednesday is the first biblical day of the year?

A: The Wednesday closest to Spring Equinox day will be Aviv 1 signalling the beginning of counting for the New Biblical year, providing at least 364 days have been counted since the last Aviv 1 (note Jubilees 6:30).

And all of the days which will be commanded will be fifty-two weeks of days, and all of them are a complete year. (Jubilees 6:30).

Unlike secular days which start at midnight…