Think carefully about the doctrine of Christianity, as opposed to “The Way”. If Messiah “abolished the law on the cross”, as many people claim, then the new covenant could never have been established and Messiah’s own words were unfulfilled (Matt 5:17-20). How can people put their hope in a saviour whose words have apparently failed? How will that affect our trust if what The Messiah has said cannot fully be trusted?

The new covenant is Yah’s laws written in our hearts – Jer 31/Heb 8 makes this clear. Don’t think Yah found fault with his law, no, scripture says he found fault with the people. Furthermore, it wouldn’t be possible to write what had already been abolished in our hearts. Christians, logically, really must believe that the new covenant will never be established. Maybe I’m over-thinking it, but the way I see it, the doctrines of Christianity are entirely confused. The Apostle Peter (Kefa) said this:

2 Peter 3:15–16 (CJB): And think of our Lord’s patience as deliverance, just as our dear brother Sha’ul (Paul) also wrote you, following the wisdom God gave him. Indeed, he speaks about these things in all his letters. They contain some things that are hard to understand, things which the uninstructed and unstable distort, to their own destruction, as they do the other Scriptures.

END_OF_DOCUMENT_TOKEN_TO_BE_REPLACED

Hello my name is Anthony Ewers, I am also the artist on this website who produces all the music and the content that hopefully you will enjoy.

I just wanted to deliver a really short message about, Revelation 17 and how I believe it links into some Proverbs.

I’ve been reading The Proverbs ever since I came back to the faith after some years of backsliding. I sort of came back into the faith in 1999 so it’s been 22 years now and basically at the time when I came back into the faith I was heavily reading The Proverbs. This passage that I’m going to speak about is taken from Proverbs chapter 2 verses 12 – 19. You could read the whole chapter but just for brevity I’m going to read actually from verse 12.

Confusion of truth and fantasy 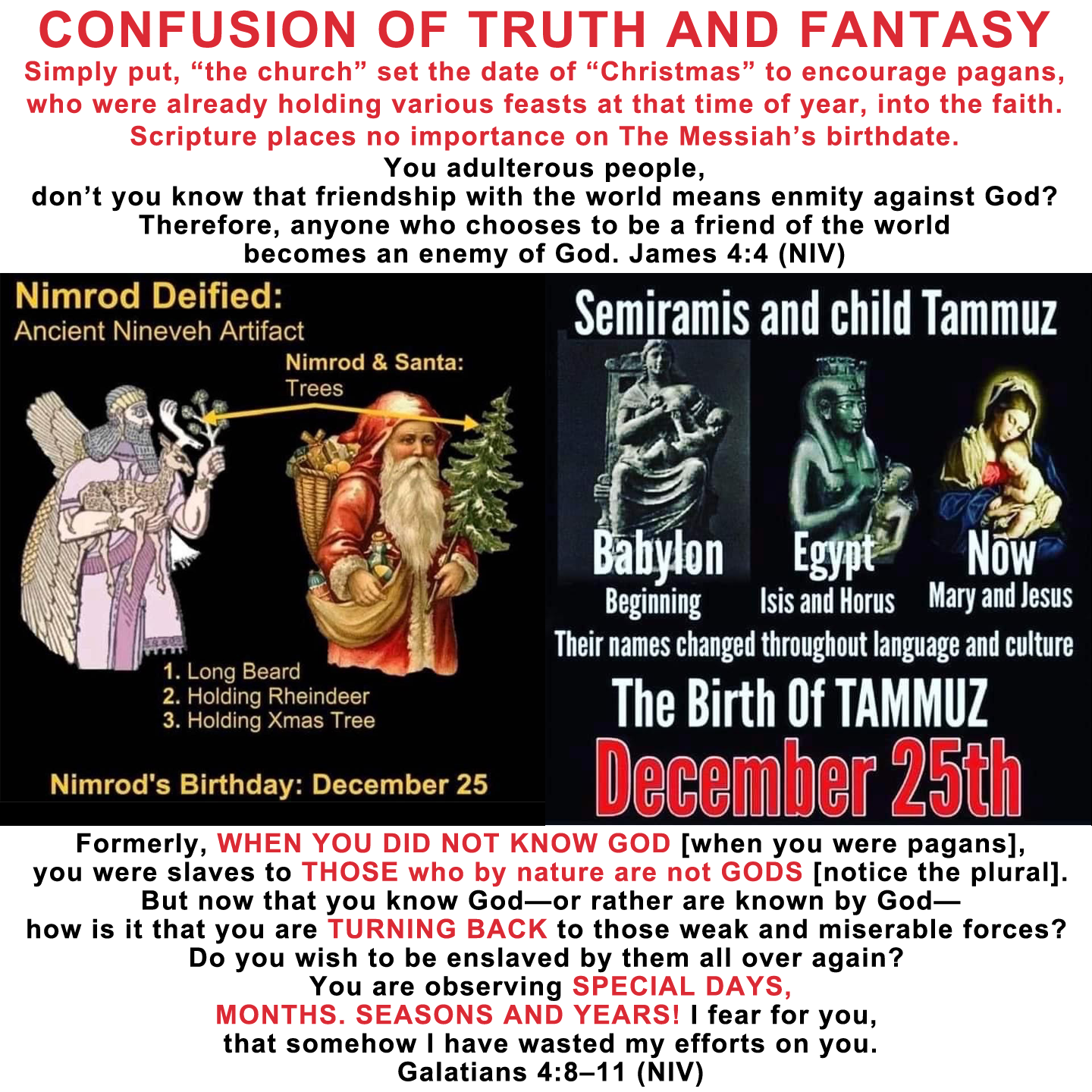